At See Suffolk we can’t wait for the new Netflix film to be released about our local historic site, Sutton Hoo. The Dig is based on the 2007 novel of the same name by John Preston. The narrative reimagines the excavation of Sutton Hoo in 1939.

The history of Sutton Hoo

Edith Pretty was the owner of Sutton Hoo and enlisted the help of the Ipswich Museum to look into the mounds on her estate in 1937. Local archaeologist Basil Brown visited the site in 1938 to begin work, and what his team found was of huge historic importance.

If you’ve visited Sutton Hoo before, you’ll know that an Anglo-Saxon ship burial was uncovered, along with the iconic helmet that is now preserved at the British Museum. It is thought to represent the ‘most impressive medieval grave to be discovered in Europe’ according to the British Museum.

What I find equally as fascinating as the Anglo-Saxon finds, is the woman behind the discovery. Edith Pretty was a woman ahead of her time. An independent woman who had travelled the world extensively and volunteered for the Red Cross in WWI. She met Frank Pretty, the brother of one of her school friends who proposed to her on her 18th birthday. However, she declined. He continued to ask her every year until she finally agreed when she was 42. What a way to keep a man waiting – and what a love story!

I’m interested to see how Netflix portray her story, although the casting of Carey Mulligan is a bit surprising as Edith would have been in her mid-50s when the burial ground was excavated.

The Dig: A Suffolk Story

Going back to the film itself, much of the project was shot in the local area before the pandemic. Screen Suffolk, a ‘one-stop’ film service for the county, was a key part of the production. The company helped to find Ralph Fiennes (portraying Basil Brown) an assistant who could also support him with his Suffolk accent.

Film maker and musician Jay Ducker saw the shout out on Facebook which simply read: ‘An actor requires an on-set assistant from mid-September to mid-November based in Suffolk and then Surrey area. Ideal opportunity for an entry level crew member. Must have a Suffolk accent.’

What an opportunity! Jay had been making short films and promos to compliment his music but had little experience on a film set, but when he saw the advert a friend encouraged him to apply.

“I remember being relatively relaxed because I honestly wasn’t expecting to get the job,” explained Jay.

“I don’t have the strongest Suffolk accent and again, I had very little experience in the feature film industry. What really put me at ease was that Ralph was already using the Suffolk accent. It kind of disarmed me and made me feel as if I was speaking to a local or someone I knew really well.”

“But what helped me get the job, I think, was that I immediately heard when and where he was going wrong with the dialect and without thinking I started correcting him in the interview. He seemed to respond well to that, and I told him my background, which was in the music industry, so I believe it was my good ear that got me the job.”

The film had a base at Snape Maltings with scenes shot around Thorpeness Beach, Shingle Street, and an RSPB site called Boyton Marsh. Throughout the filming Jay would listen to Ralph reading scripts and suggest other ways for him to perfect the Suffolk accent.

“There was a three-pronged approach when it came to dialect coaching with Jamie Matthewman being the overall guidance for all the actors, Charlie Haylock specifically zooming in on the Suffolk dialects, particularly with Ralph and myself being the everyday reference point. I think all our differing approaches really complemented each other.”

Since the film wrapped at the end of 2019 Jay has been continuing to make music under the name of ‘Skinny Rodgers’ and has also had film-making commissions under his Middle Sea Media business.

“It was definitely character-building, and I know a lot of people would have killed for my position so I’m very grateful for the opportunity. A friend of mine has written this fantastic script which is based in Suffolk and it happens to be about my great ancestor John Ducker who was the last man to be publicly hung in Ipswich. Our hopes are to turn it into a feature film and help bring more film making to Suffolk.”

As a massive history nerd, I’m looking forward to watching both films! Make sure you message me your thoughts about The Dig once you’ve watched it.

The Dig will be released on Netflix on 29 January. You can read about ‘The True Story Behind the Dig’ over on the National Trust website. When the Sutton Hoo museum can re-open, I highly recommend a visit! 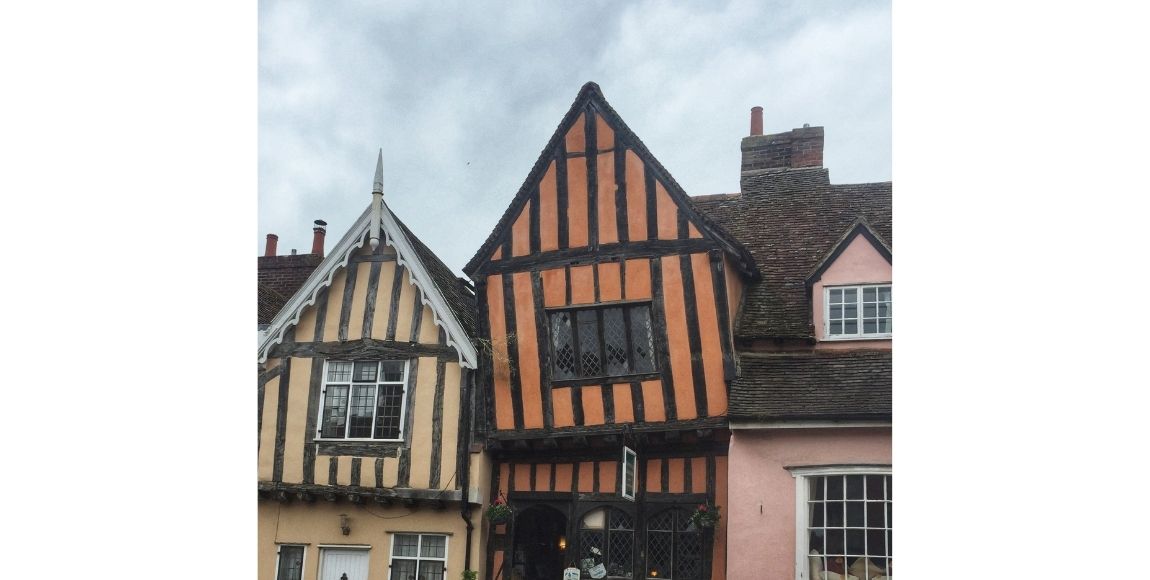 A journey through Tudor Suffolk