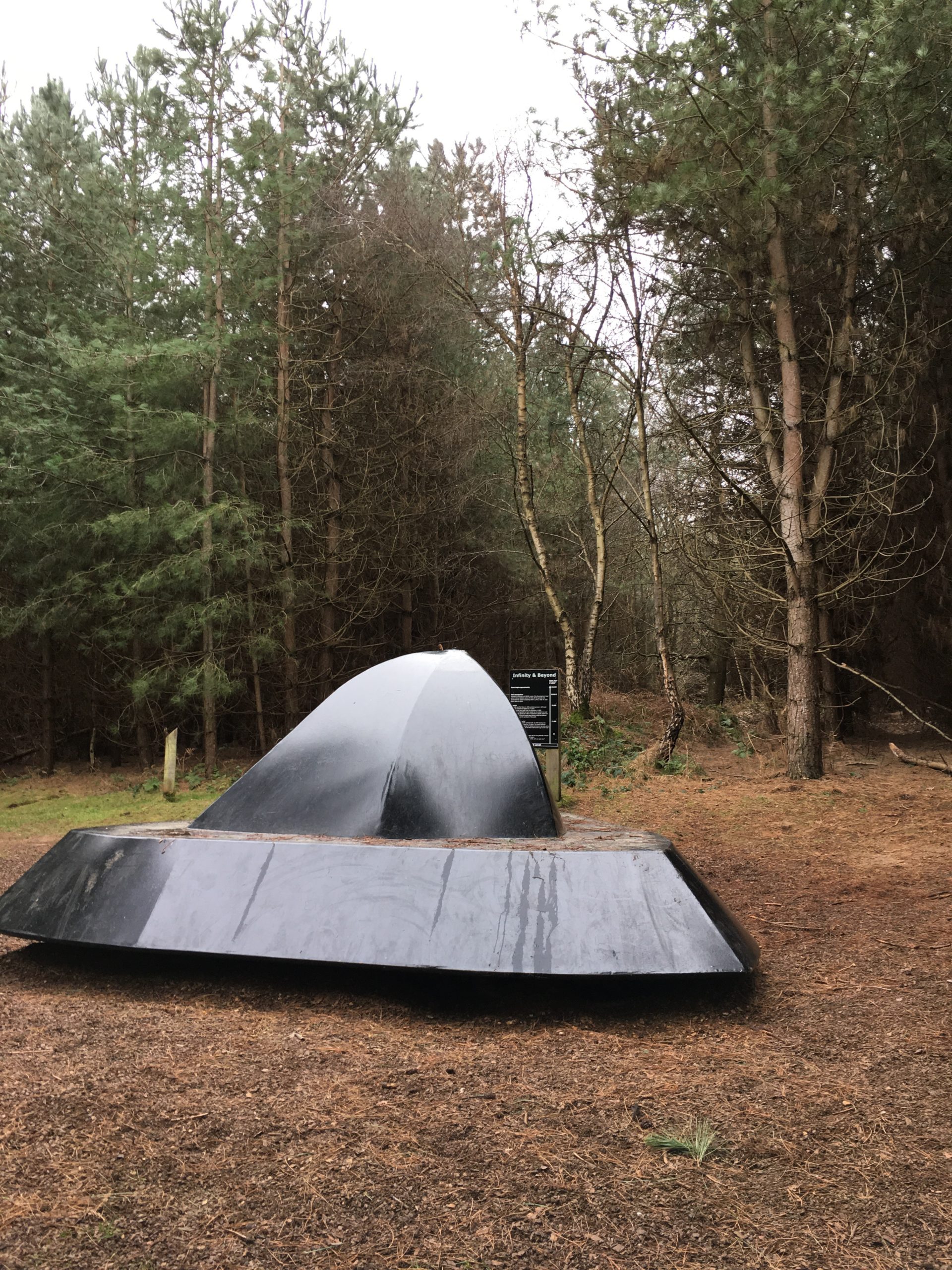 If you’re not familiar with the UFO stories surrounding Rendlesham Forest, then let me take you back to 1980. At the time there was an air base near by and during late December 1980, U.S Air Force personnel are said to have seen lights descending into Rendlesham Forest.

They went to investigate and saw a glowing object that moved away through the trees as the airmen approached. The next day there were impressions in a triangular pattern on the forest floor.

The lights returned a couple of nights later and apparently hovered for two or three hours.

Some say that the men had seen the Orfordness Lighthouse, others say it can all be explained by astronomy…but the other explanation is UFOs.

Today at Rendlesham Forest you will find a UFO Trail that takes you around the site where the airmen saw the strange lights, giving you information about the story as you go.

We’ve wanted to visit for a long time (my other half is a keen conspiracy theorist) and it was the perfect way to tire the dog out on a Saturday.

Not a particularly glamorous shot of me & Huddy, but who said dog walking was glamorous!!

This is the sculpture of the UFO that was seen by the airmen. 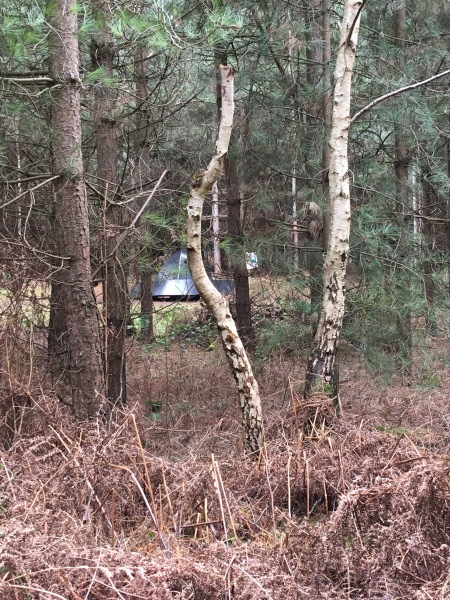 The trail took us about one hour and forty five minutes, but we were playing with the dog along the way (waiting for him to decide which stick to pick up takes him some time…) and we also stopped off at a food truck for hot drinks and bacon rolls. Just what you need at this time of year!

We really enjoyed our trip out and would take Huddy for a walk there again – the only thing we would say is that the forest doesn’t have many bins (in fact I think we only saw some at the Forest Centre) and people have obviously been dumping their rubbish as they go along the trail which is a real shame!

So there we go, number two ticked off the list of places in Suffolk I’ve never visited before. Where will we be going next? 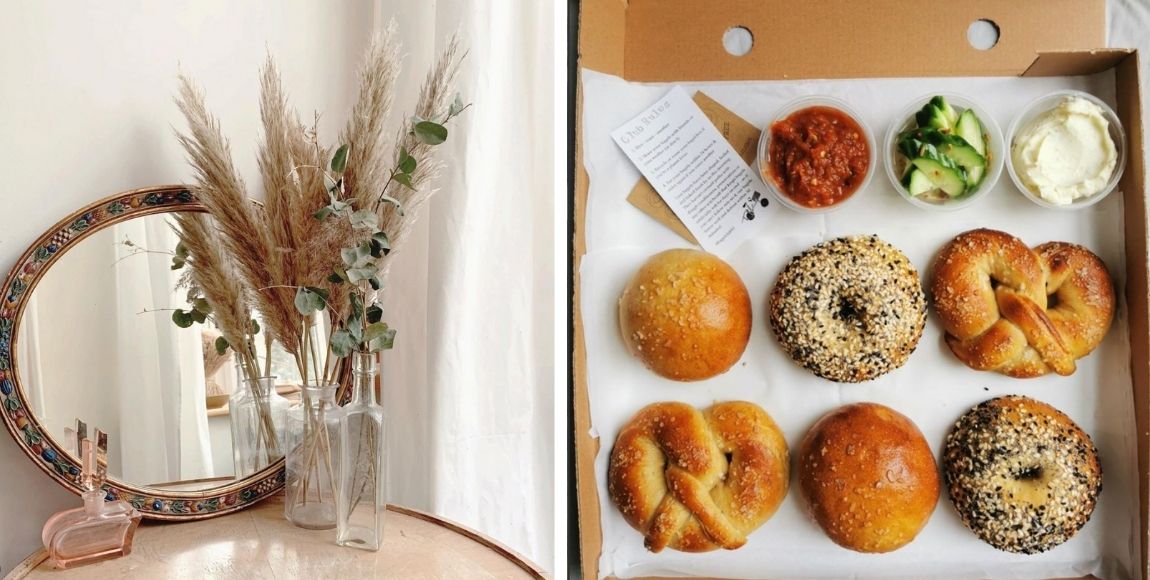 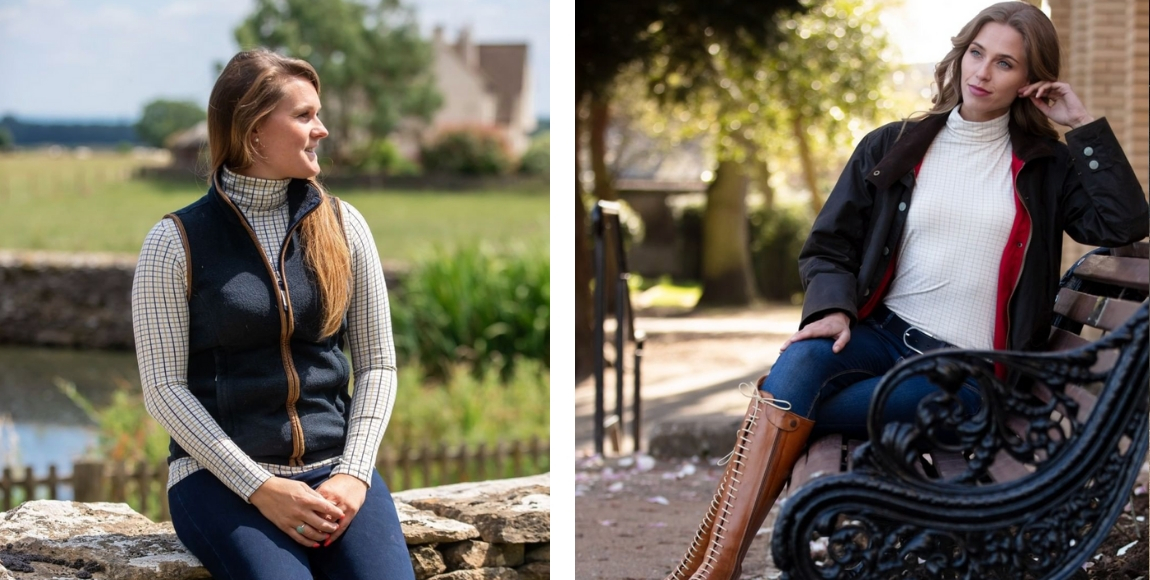 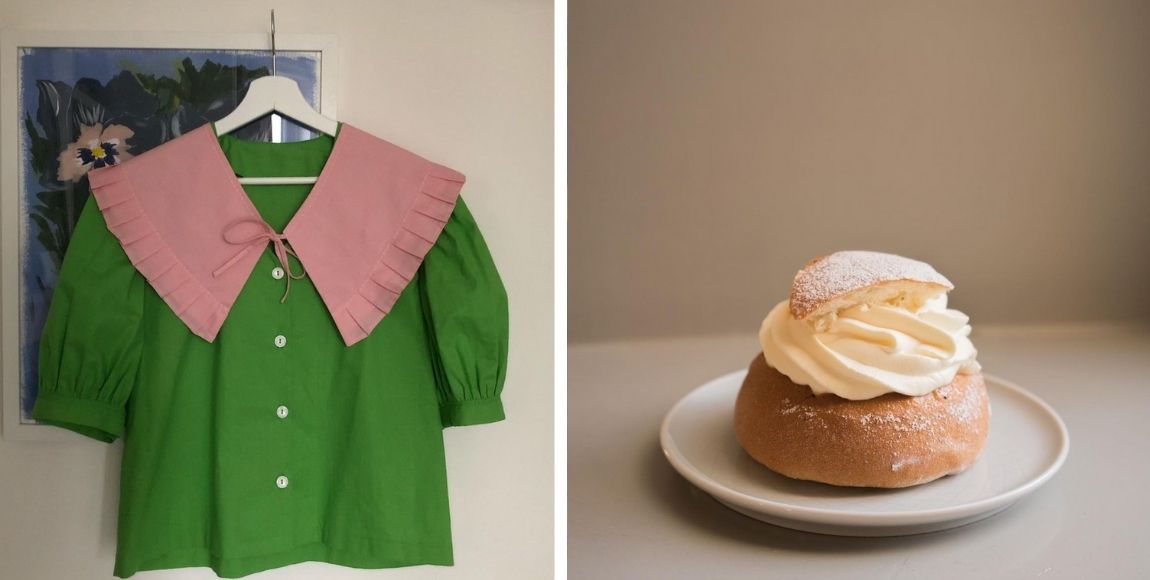